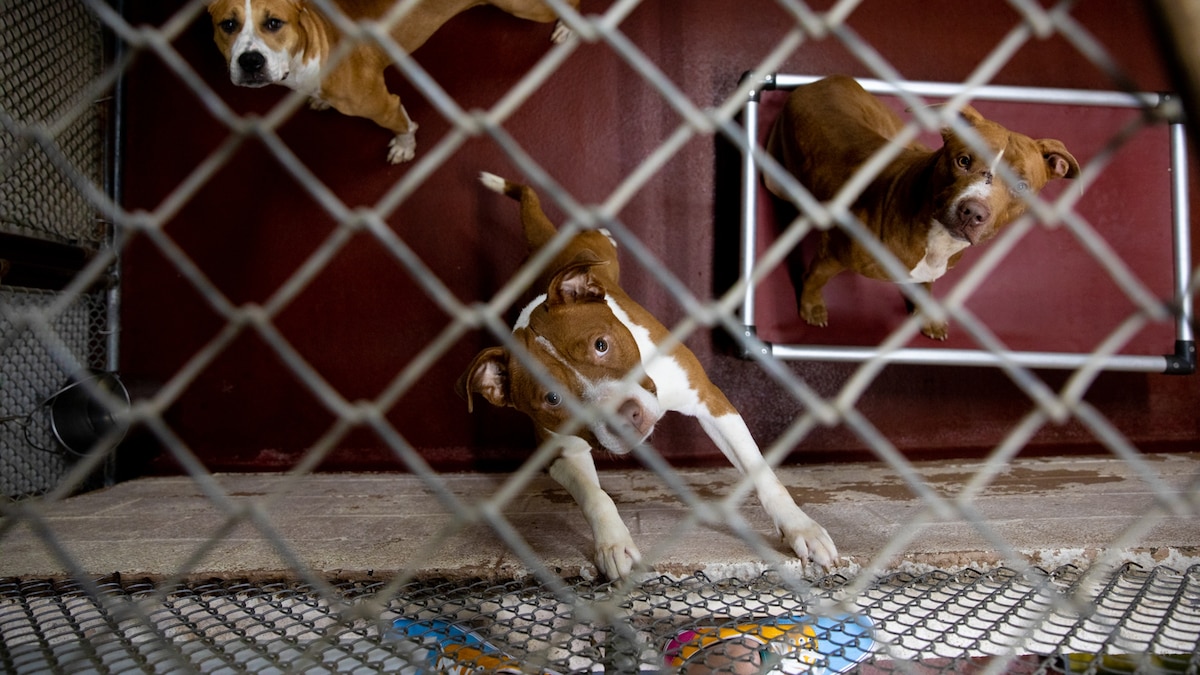 When Baloo, a big white rabbit, and his brother Elliott were surrendered to an animal shelter outside Montreal, Canada, the countdown started.

Strapped for money and overcrowded, the shelter put the word out to rescue organizations that the rabbits would be euthanized in three days unless someone stepped up to take them. The shelter had so many rabbits, according to Haviva Porter, who runs Rabbit Rescue Inc., a Toronto-based nonprofit, that it wasn’t even listing them for public adoption.

“This has been the worst year ever in 20 years of rescue,” Porter says.

Animal rescuers across the United States and Canada echo her experience. “It’s been a sea change the last few months,” says Joe Labiola, director of PAWS Atlanta animal shelter. He says the shelter is getting by—but only just.

It’s been claimed in numerous reports that last year, during the early months of the pandemic, shelters saw record adoptions and that people who now are returning to the office and taking long-awaited vacations are surrendering their pandemic pets.

But on a large scale, neither claim holds up: Overall, adoptions in the U.S. in 2020 were lower than in 2019—the result of shelters taking in fewer animals—and there’s no indication that returning pandemic pets is “any sort of trend,” says Lindsay Hamrick, director of shelter outreach and engagement at the Humane Society of the United States.

The reality is more nuanced, she says. The number of pets in need of rescuing today hasn’t quite returned to pre-pandemic levels, but COVID-19-related complications have created a domino effect.

Many shelters helping dogs, cats, rabbits, and other pets in need have been hurt by staffing shortages—resulting in reduced operations, fewer animal intakes, and fewer major adoption events, says Holly Sizemore, chief mission officer at Best Friends Animal Society, which advocates for shelter animals. And, crucially, the pandemic has broken key links in the transport chain that takes animals from the streets to their new homes.

In southern Ontario, by Porter’s count this week, 40 shelters have so many domestic rabbits that they won’t accept any more. She gets calls all day from people finding rabbits abandoned outside. “It’s horrible, and it’s nonstop,” she says. “I start early in the morning, and at midnight I’m still going. It’s 80 hours a week.”

On July 13, Porter’s organization arranged for Baloo, Elliott, and three other rabbits to be taken to Ontario, where she’d found them foster homes. Porter herself took in Baloo (she calls him a sweet-natured “couch bunny”), who now spends his days lounging in her living room. “I cry thinking about if we didn’t get him out,” she says.

“He’s such a loving little animal that didn’t deserve this.”

Newly washed dog bowls and bottles of medicine sit in a prep room at the shelter.

According to an August survey by Best Friends Animal Society, 87 percent of the 187 U.S. shelters polled are understaffed, reflecting a broader nationwide problem. In addition, there’s a serious shortage of veterinarians in the U.S, says Hamrick, noting that “some rural shelters don’t even have a vet in their county.” She says that during the pandemic, spay and neuter services in many U.S. regions were ruled non-essential, creating a backlog of animals that must be spayed or neutered before they can go to families.

One reason shelters are full is that the spay-neuter backlog means they can’t get animals ready as efficiently as they used to. PAWS Atlanta’s Labriola says they’re experiencing the problem firsthand: “Demand is exceeding the medical supply, so it’s really slowing adoptions down.”

Left: Kittens Seabreeze and Sarah look out of their enclosure in the cat room, which is in a portable trailer behind the shelter’s main building.

Meanwhile, it’s common for specialized rescue groups for specific dog breeds, such as pit bulls or huskies, or species (rabbit rescues, for instance) to take in animals from county or city shelters where they may otherwise be euthanized and place them in foster homes.

“The movement of animals from high-intake to high-adoption communities is critical to keep the national numbers high for adoption and low for euthanasia,” says Steve Zeidman, senior vice president at PetHealth Inc, a company that tracks shelter intake data nationwide. But what seems to be happening, Zeidman says, is that the movement of animals between facilities has “dropped off significantly.”

“If I’m a shelter that previously sent a hundred dogs to a receiving shelter every week, but now I can’t, and I can’t get a veterinarian, and I don’t have enough staff, I’m going to be greatly overwhelmed,” Hamrick says. Animal welfare is already one of the top occupations for burnout and compassion fatigue, she says.

PAWS Atlanta is now having to decline kill shelters’ requests to take animals, as it’s done regularly in the past.  “They’re as overrun as everyone else, but we keep having to say no because we don’t have the room to place those animals. Nothing happening at PAWS is unique to PAWS,” Labriola says. “This is a nationwide challenge right now.”

Although shelter intakes aren’t spiking nationwide, Labriola says more people are bringing animals to PAWS Atlanta. Over one eight-day stretch in mid-August, eight dogs, six kittens, and four guinea pigs were left at the shelter gates after hours. In normal times, he says, “you might get an animal dropped once a week or every couple of weeks. It was manageable. And now the staff just isn’t sure what they’re walking into every day.”

“We are located in an underserved community who have been exceedingly hit hard by the economic downturn,” Labriola says, adding that he’s seen an increase in people using the shelter’s pet food bank. That “tells me people are having difficulty feeding their animals, which could be another reason why they’re surrendering”—they can’t afford to care for them.

Labriola, Hamrick, and others say they’re concerned about the expiration next month of the national moratorium on renter evictions. The Humane Society of the United States estimates that up to 10 million pets could be displaced as people lose their homes.

Left: Bronte, a hound mix, leaps to a drink out of hose as Baleigh, a golden retriever mix, investigates something in the grass. After being furloughed from her corporate job last year, Arrington took a role as a social media coordinator with LifeLine, the organization that runs the Fulton County shelter, to fulfill a dream of working with animals full-time.

Right: Siegfried the bunny peers out of his hutch in the Arringtons’ house. Chloe brought home Siegfried and another bunny, Roy, earlier this year from the shelter to foster them. Since then, she and Nikki have decided to adopt them.

Fostering brightens the picture, however. The number of animals fostered in the U.S. in 2020 was 19 percent higher than in 2019, according to Zeidman, who adds that fostering continues to increase.

After Chloe Arrington was furloughed from her corporate job at the start of the pandemic, she decided to act on her dream of working in animal rescue. Since starting as social media coordinator at the LifeLine Animal Project, which manages Fulton County Animal Services’ shelter in Atlanta, she’s fostered four animals.

“With Remy the rat, I could tell he wasn’t going to thrive in the shelter, so I brought him home to foster,” she says. “Now he’s happy in his rat palace.” She also took in Siegfried and Roy, a pair of lop-eared bunnies, because the rabbit rescue groups were so full, she says.

As for Bentley, the one-eyed golden Pomeranian, “I tried for so long to resist,” she laughs. Now, Bentley and the others are her “foster fails”—amid this chaotic, frenetic time, they’ve found their forever home.

Kendrick Brinson’s portraiture and documentary work explores the fabric of community through the connections, landscape and personality that makes these places unique. Follow her on Twitter and Instagram.