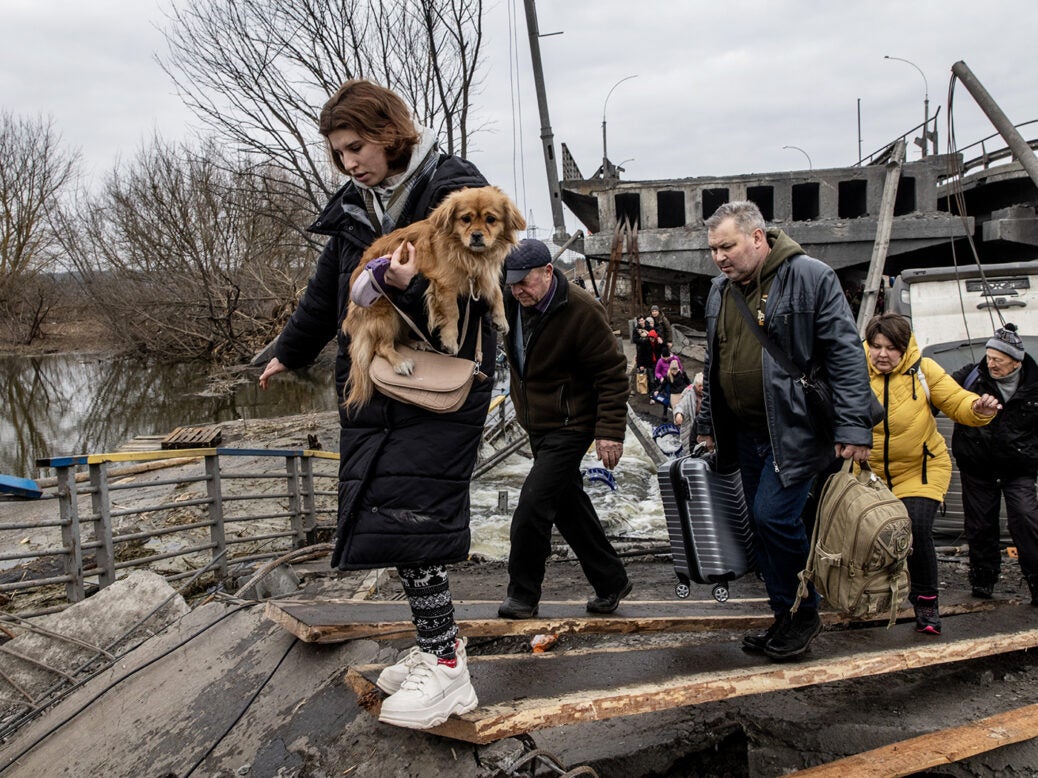 “Human beings quickly lose their humanity but cats never stop being cats,” John Gray observed in his book Feline Philosophy. The first half of that notion is being borne out by Vladimir Putin’s invasion of Ukraine, where Russia’s list of alleged war crimes continues to rise. Yet the war is also revealing great acts of humanity – not least in the efforts Ukrainian pet-owners are taking to protect their non-human companions. Over the past few weeks, many fleeing refugees have used an extra suitcase to carry their cat or dog to safety.

Some of these small feats of altruism are becoming defining images of the conflict. Photos of countless refugee cats and dogs being clung to by the newly displaced are now in circulation. In one particularly striking instance, a family took turns to carry their large, elderly German Shepherd the last 17km to the Polish border.

Awaiting at the border crossings (and beyond inside neighbouring nations’ cities) are teams of volunteer vets and charity staff. “Our veterinarians provide free first aid care as well as deworming, microchipping and vaccination against rabies,” the NGO Four Paws advertised in a tweet. Some Ukrainians, however, are refusing to leave the country without their animals; others hand them over to shelters at the border, for fear of not being able to find refuge together outside of Ukraine.

The UK government announced on Sunday 13 March that it would “cover the costs” of quarantining refugee’s pets, following calls by animal charities and the campaigner Dominic Dyer for proper assistance to be offered to those fleeing with animals. But they say more still could be done to help.

“We are grateful that the Department for Environment, Food and Rural Affairs has realised that keeping families together is the only compassionate choice in these dark times,” said the vice-president of Peta, Mimi Bekhechi, in a statement. “However, we hope the quarantine periods for animals can be shortened and that quarantined animals will be allowed regular visits from their human family members.”

[See also: Why the world needs to accelerate climate action, even in times of war] 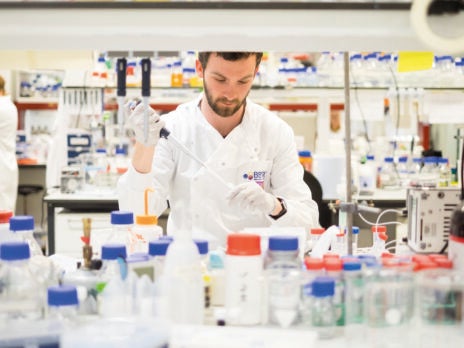 Inside besieged Ukraine, meanwhile, some remaining animals are being driven to safety by outside teams – a collaboration between Peta, Viva! Poland, and White Paw rescued more than 420 dogs and cats last week. While in heavily shelled Kharkiv, for example, operators at the city’s Animal Rescue centre have stayed behind in an attempt to respond to the flood of Facebook enquiries about left-behind or lost pets. They have even made a mascot out of one wounded dog – naming him “Bayraktar”, after the Turkish-made drone used by the Ukrainian military.

Nor are pets the only animals receiving emergency care inside war torn Ukraine. In Kyiv Zoo, as nearby bombs sent tremors through the ground, the name “Bayraktar” was also given to a tiny, newborn lemur. While many people might have mixed feelings about the continued existence of zoos (or naming creatures after military weapons for that matter), wartime support has been a way to show solidarity with the nation as a whole – with online tickets for Mykolaiv’s zoo in southern Ukraine already sold out for the coming week.

Furthermore, beyond the questions of freedom versus repression that always swirl in relation to humanity’s treatment of animals, efforts to safeguard Ukrainian pets are a reminder of the need to protect the connections between people and animals around the world.

In Lebanon, animal rescue services struggling under the weight of abandoned pets are posting on Facebook about Ukrainians’ efforts. As the experience of Syrians stuck in Jordanian camps show, keeping caged birds has been a way for many refugees to create a home within the sterile shelters.

“For people forced to flee, a pet can be a vital source of comfort,” wrote the Norwegian Refugee Council in 2019, noting their ability to reduce stress and alleviate loneliness even in the hardest of times.

Helping Ukranians to keep their pets with them will likely reap benefits in unmeasurable ways going forward. Not least in protecting their sense of humanity, and our own with it.

Correction: this article was amended on 18 March 2022 to remove a paragraph stating that in August 2021 Pen Farthing, the former Royal Marine and founder of the animal welfare charity Nowzad, evacuated 200 animals from an animal shelter in Afghanistan before campaigning to remove the shelter’s staff to safety. In fact, Farthing made two foiled attempts to evacuate staff before leaving the country with the animals. The staff were later successfully evacuated. We apologise for the error.